Amateur Radio to Me... 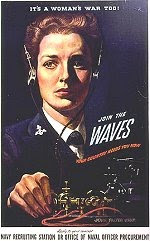 A general definition of "Ham Radio", or more accurately, "Amateur Radio", would be Amateur radio is a technical as well as social and public service hobby that spans the entire world. Amateur radio (also known as HAM Radio) attracts people from all walks of life (from Kings, famous musicians, to the family next door) who are interested in all facets of radio communications.

Involvement in amateur radio allows people to practice their public speaking skills as well as the advancement of one's knowledge of radio theory, electronics, and emergency management. Amateur Radio was started by the very founders of radio. Marconi, and other amateur scientists, took theory and made it real, creating the first radio transmitters and receivers. Amateurs continue to innovate. Amateurs have even been deployed by the military during the great world wars, due to the Amateur skill and knowledge. The United States would not have had the success without the Amateur Radio operators, innovating and improving radio telecommunications.

Ham Radio started with Marconi -- he did not want to accept popular science's thinking that radio waves were limited to line-of-sight and limited in range. Debate raged over the common theories. Marconi decided to test all of this out, and created his first radio transmitter, and put the receiver out in the far end of his garden. He placed obstacles in the path, and then had his assistant transmit. He heard it, and we now have cell phones, television, and all of the other telecommunications using radio, because of his amateur radio experiment. Ham Radio continues to test ideas and forge new ground in practical communications.

The hobby can be as simple as talking on local-area repeaters with those in the same town, to building a satellite or experimenting with new forms of telecommunications. The HAM hobbyist can talk to those on the other side of the earth with nothing more than a simple High Frequency transceiver and an equally simple wire antenna.

Amateur radio is used in search-and-rescue, contests, disaster aid (hurricanes, earthquakes, tornadoes, floods, accidents, fires), and much more. Amateur radio operators talk with other HAM radio hobbyists using all sorts of communication modes. From Morse Code and voice to Slow Scan Television and computer networking through the radio waves, these hobbyists reach out with goodwill from their homes, cars, boats and outdoors. Some also like to work on electronic circuits, building their own radios and antennas. Dedicated hobbyists have pioneered in new technology, contributing to advances in technology that has impacted the world of communications in all areas of our lives. Even ham-astronauts take radios with them on space shuttle missions, and make calls to earth-bound Amateurs.

For me, there are specific activities which inspire me and for which I have a lot of passion. These include using Morse Code on a mode known as "CW", where I send and receive Morse Code with other Amateur Radio Operators around the world. This is very satisfying and rewarding to me.

Morse Code is a simple, effective, elegant language and mode for communications in adverse conditions. Moon-bounce, Aurora Propagation, Rare DX, and many other opportunities call for a simple form of getting your message through. Morse Code delivers. Without the need for computers, or other high-technology gadgets. Just a simple transmitter, a reasonable receiver, and a code key. You do the rest. Like speaking English, Spanish, or Chinese. Speaking of which... Morse Code is the bridge between languages. Many operators in many countries learn enough shorthand and simple English to make contact via Morse Code with operators around the world. What other mode can transcend the boundaries of the human experience?

My blogs will be a look into my world within the Ham Radio Hobby.